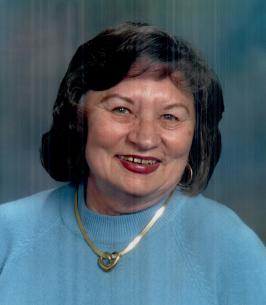 Print
Barbara Sexton, resident of Stockton, and most recent of O’Conner Woods Retirement Community, died January 29, at age 85 the result of an accident. She was preceded in death by her husband of 52 years William (Bill) Sexton and sons Steven, Scott, Jon and Jerry and parents Charles Harry and Dorothy Hostetter.

A native of Downers Grove, Illinois, at age 10, she and her family moved to California, which she came to consider her home state. Upon graduation from High School Barbara entered the nursing program at San Joaquin General Hospital. Marriage and children put the completion of the program on hold.

Actively involved in her children’s activities, Barbara served as President of the PTA, was a Cub Scout Den Mother and swim team and little league parent. Family activities involved boating and navigating the San Joaquin Delta water ways. After the boys were grown, Sunday afternoons were reserved for Barbara & Bill golf matches.

With children grown, Barbara enrolled at Stanislaus State College in Merced and commuted for three years before receiving her Nursing Degree in 1971. She began her nursing career at Dameron Hospital and was there for thirty years until she retired in 2002. For ten years preceding her retirement, she served in the capacity of Director of Nursing, having previously worked in every classification of nursing except surgery. In 1983, Barbara was nominated to the Board of Director’s, Dameron Hospital.

After retirement, she began working at the Sexton Chevrolet dealership in Manteca as Dealer Principle along with her husband. During that period, they made three extensive trips abroad under the sponsorship of General Motors Dealership Awards programs. Upon her husband Bill’s passing in 2005, Barbara, and son Jerry, continued to operate the dealership until year 2010, at which point she sold the dealership.

A memorial service will be held Saturday, 1:00 PM, January 11, at Parkview Cemetery & Funeral Home. Barbara’s request was no flowers. In lieu of flowers, those wishing to do so may contribute to SPCA, 8323 Baldwin St. Oakland, CA, or even better, adopt a puppy!

To send flowers to the family of Barbara Joan Sexton, please visit our Heartfelt Sympathies Store.

We encourage you to share any memorable photos or stories about Barbara. All tributes placed on and purchased through this memorial website will remain on in perpetuity for future generations.

Provide comfort for the family of Barbara Joan Sexton by sending flowers.
Send Flowers
next page >>
Page 1 of 0
Share
×