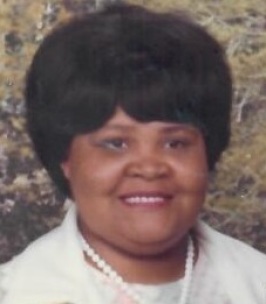 Print
Our beloved, Earnestine Fuselier was born to parents, Edward and Zeola Adams on April 17, 1942, in Clarksdale, Mississippi. They moved the family to Pontiac, Michigan, where she grew up. She later married Kentwood FuselierJr., and they moved to California. From this union, one son and two daughters were born.

Earnestine was a loving, caring, wife and mother. Once the children were older, she earned her certification as a nursing assistant. She began her career working at Plum Tree Nursing Home in San Jose, Ca., where she enjoyed caring for elderly patients. After working for several years, Earnestine was offered a job at Good Samaritan Hospital, as a certified nursing assistant. While working in many areas of the hospital, Earnestine had become known for her pleasant, caring demeanor, and her sense of humor, while providing excellent patient care. She was a model coworker and great friend to many.

In 1980, Earnestine and Kentwood Fuselier Jr. divorced. She was later, among many, who were laid off work due to restructuring at the hospital. It was during this time that Earnestine opened a family daycare in her home. She absolutely loved children, and was an amazing source of love and care for many families over the years. As many children began school, Earnestine was offerred a position at Good Samaritan Hospital, where she worked as a certified nursing assistant once again. Later, she accepted a position in the Emergency room, as an ER Technician, where she remained until she retired in 2001. After Earnestine retired, she spent much of her time with family and friends. She loved and adored her grandchildren and great grandchildren, who brought her so much joy.

Earnestine enjoyed cooking and entertaining. She loved decorating and remodeling her home. She also enjoyed attending church, shopping and eating at restaurants.

Earnestine truly loved people. It brought her so much joy and satisfaction to help everyone she could and in anyway she could. She will be incredibly missed. Gone from this life, but, FOREVER in our hearts.

Earnestine is survived by her daughters, Monica Hudson and Cheryl Fuselier: her mother, Zeola Adams: her siblings, Earline Adams, Robert Adams, (Donzell) Shirla Broadnax: four grandchildren and four great grandchildren, and a host of other relatives and friends.

She is preceded in death by her father, Edward Adams: her son, Anthony Dwayne Fuselier: her sister, Bobbie Adams: her brothers, George Adams, James Adams, and Charles Adams.

The Service of Memorial and Celebrating the Life of Earnestine Fuselier

(**The Memorial has been postponed due to concerns of the corona virus. We will reschedule at a later date and
repost **)

To plant a tree in memory of Earnestine - Fuselier, please visit our Heartfelt Sympathies Store.

We encourage you to share any memorable photos or stories about Earnestine. All tributes placed on and purchased through this memorial website will remain on in perpetuity for future generations.

Cousin Earnestine will be missed. So far away but truly loved!May our CREATOR bring Peace,Comfort and Love to the family. RIP ERNESTINE...TILL WE MEET AGAIN❤
LINDA MARIE ADAMS (COUSIN) - Wednesday March 11, 2020 via Memorial Candle
Share This: