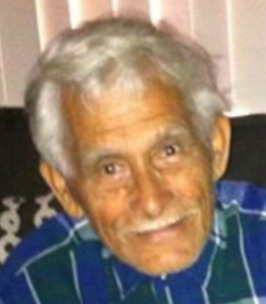 Share this tribute
Memorial Candles Lit for Aurelio | SEE ALL
Light a Candle
"We are honored to provide this Book of Memories to the family."
— Park View Funeral Home
"Gone but never forgotten.. we will miss u Uncle Al .. May u RIP❤😘😇"
— MELISSA GONZALES & FAMILY
"Our deepest condolences for the Diaz family🙏 We will always remember Uncle Al and what his life gave us " Memories too beautiful to forget"..."
— Bill, Olga & Family
Funeral Details Memory Wall Photos & Videos Plant a Tree

Print
Aurelio “Al” Diaz, age 92, entered into eternal rest on February 1, 2020 in Livermore, CA.
Al was born the oldest of 13 children to Jose and Pascuala Diaz in San Jose, CA on June 12, 1927. The family moved to Manteca in 1929 where he attended local schools. He was enlisted into the United States Army in 1950 and served his country in the Korean War. Upon his Honorable Discharge in 1953, he returned to his home in Manteca.
In 1958 he met Madeline Martinez and they would marry on December 1, 1962. They raised three children together in Stockton, CA., where he would make his home for 60 years.
Al worked many years for Tri-Valley Cannery in various positions. Upon retirement, he became a small business owner, starting his own Landscaping business.
An avid athlete, Al could be found most days at the local junior high track, where he spent hours running. He loved football and spent many weekends playing “pick up” football, putting a team together to compete against his brother, who also had his own “team”. His favorite college football team was USC, and he enjoyed taking his family to root them on when they came to play one of the Bay Area teams. He also enjoyed watching boxing matches and would support local Boxers.
Al loved time spent with family and friends and never knew a stranger. Sundays were family movie night and he enjoyed picking out movies for his family to watch. He also enjoyed summer vacations with his family, in Southern California.
One of Al's great loves was collecting classic automobiles, including a 1966 Metallic Apple Green Ford Mustang and a 1936 Canary Yellow Ford Pick-up Truck.
He is survived by his wife of 57 years, Madeline; his children, Joseph (Mary), Susan (Rex) Williams and Angelina (Les) Basilio; 9 Grandchildren and 5 Great Grandchildren.
Siblings Felix, William “Bill”, Rosie Mendoza along with numerous nieces and nephews. He is preceded in death by his parents Jose and Pascuala; siblings, Josephine “Josie” Ochoa, Jesse, John “Johnny”, Jaunita, Angelina “Cookie”, Irene, Mary Martinez
Visitation will be held at the Park View Funeral Home, 3661 French Camp Road, Manteca on Friday, February 21st, from 12 noon with a memorial service at 2 p.m. Concluding the service, a Celebration of Life reception will be held at Chez Shari Event Center, 305 North Union Road, in Manteca

In lieu of flowers please consider making a donation, in honor of our loved one, to the Alzheimer’s Association - link: act.alz.org ” --

To plant a tree in memory of Aurelio G. Diaz, please visit our Heartfelt Sympathies Store.

We encourage you to share any memorable photos or stories about Aurelio. All tributes placed on and purchased through this memorial website will remain on in perpetuity for future generations.

Add Photos Post Condolence
J
I love you papa I know I was not there during your best life but I was here during your life before your disease and I am thankful for being in your life rip love you🙏🏽❤️❤️,Jayden
Jennifer - Saturday February 22, 2020 via Condolence Message
Share This:
J
I can’t imagine my life without you . I’m going to miss you so very much ! I love you !! - Your Wife, Madeline J Diaz❤️
Jennifer - Saturday February 22, 2020 via Condolence Message

Share This:
J
LOVE YOU PAPA REST IN PEACE YOU ARE A GREAT GUY AND GOD DEFINITELY HAS A PLACE FOR YOU . Will for ever miss you . -Aj frazier
Jennifer - Saturday February 22, 2020 via Condolence Message
Share This:
J
I love you papa! I will never forget all the things you taught me growing up . It’s so hard to accept that you’re actually gone . I have so many great memories of you. Your laugh, your smile, the silly faces you’d make and just the stories you would tell us about your life or the fact that everything had a story. You were always so energetic and full of life and made everything funny . You were always so invincible to me . I miss you and I know you’re in a better place . I’m sure you’re with all of your family that passed before you. I’m sure you’re having a good conversation with John Wayne and Shirley temple . I love you radar kid!! Forever times infinity ❤️ -your granddaughter Jennifer Teczon
Jennifer - Saturday February 22, 2020 via Condolence Message
Share This:

Gone but never forgotten.. we will miss u Uncle Al .. May u RIP❤😘😇
MELISSA GONZALES & FAMILY - Tuesday February 11, 2020 via Memorial Candle
Share This:

Our deepest condolences for the Diaz family🙏 We will always remember Uncle Al and what his life gave us " Memories too beautiful to forget" Hard to forget someone who gave so much to remember ❤
Bill, Olga & Family - Tuesday February 11, 2020 via Memorial Candle
Share This:
1
Page 1 of 1
Share
×