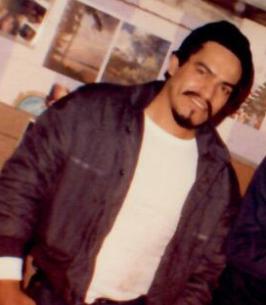 Share this tribute
Memorial Candles Lit for Leonard "Leo" De Haro | SEE ALL
Light a Candle
"We are honored to provide this Book of Memories to the family."
— Park View Funeral Home
"You are a very strong man, till the day you left this earth. You have so many people here who love you unconditionally. Rest easy Leo. You’ll..."
— Amanda
Funeral Details Memory Wall Photos & Videos Plant a Tree

Print
Leonard "Leo" Orozco De Haro ( November 15, 1956 – March 5, 2020 )
San Jose resident Leonard "Leo" De Haro was born on November 15, 1956, in La
Leona , Zacatecas, Mexico, and moved to San Jose, CA, in 1962. At six years of age ,
he came to live in a world vastly different from where he was born -- but learning
English and making friends came easy for him. He had a smile that lit up even the
darkest day, which certainly came in handy in a new and strange environment.
W hile in Mexico as a toddler, Leo was stricken with polio, which affected his right
leg. This condition did n ’ t discourage him from doing the things he wanted to do.
With the help of many surgeries prior to his tee n years, as well as during his teen
years, he was able to ride his bike, hike the Alum Rock Hills without crutches, and
work while in elementary school as a shoe shine boy (his corner was First Street and
San Carlos). He had paying customers, who would give him good tips. H i s older
brother Tony and young er brother Ted worked other corners and kept an eye on him.
During his high school years, he worked ( along with Ted ) for the Mercury News as
a newspaper and ad distributor . They were those kids, riding the ir bikes in the early
morning, delivering newspapers. And even despite his rigid schedule, he excelled
in school. He was the first in his family to attend San Jose State University and was
proud to say that he was a history major. During high school, he at tended San Jose
Regional Vocational Center and learned printing, a vocation which he eventually
pursued as his career while at FMC and San Jose State University. He enjoyed his
job as a printer for many years and had fond memories of the people he wo rked with.
Leo was the kid who followed his brothers down the Guadalupe Creek bed to search
for craw dads. And he was the kid who wanted to hang out with his older siblings
when they went out to a teenage gathering. He was also the kid who would nag them
ab out going home because he was bored. Leo was the kid who left Jack London and
other books around the house for other siblings to read. He was the kid who planted
morning glory in the backyard of our home, and in no time the entire whole fence
was covered with the beautiful blue flowers. (I guess he had an instinct for beauty . )
As an adult, while walking home one day, h i s eye caught a glimpse of a pretty girl
sitting on a porch. To him, it was love at first sight. He fell in love with Carrie Lynn
Lowman and her son, Joseph. She would later regain custody of her daughter, Jerica .
A few years after , Carrie gave birth to their daughter, Emily Selena. It was the family
that Leo had prayed for , for so many years. Unfortunately, this bliss was not to last ​
long. Carrie passed away suddenly, a little ove r a year after Emily was born. Leo
was devastated, but he never lost sight of his responsibility as a parent to his children.
Overnight, he became a single father to Emily, who was 14 months, Joseph, who
was 4 years old, and Jerica, who was just about to t urn 6 years old. He did the best
he could to provide for his children’s needs and provided them with many happy
family memories. Leo loved cooking for his children and was a die hard Raiders fan .
Leo also loved to play chess. When in college he would go to the library to play
other college kids , and w o n many matches. Leo enjoyed building computers from
scratch, playing oldies but goodies on the weekend, and watching Law and Order.
Leo is survived by his three children; Jerica Lowman, Joseph Lowman, and Emily
De Haro; his father, Victoriano M. De Haro, his step - mother, Maria De Haro, his
sisters; Nellie Cuevas, Teresa De Haro, Mary De Haro, and Irene Romero; his
brothers; Margarito De Haro, Frank De Haro, Tony De Haro, a nd Ted De Haro . He
was predeceased by his brother Victor De Haro, Jr. , niece Margaret De Haro, and
mother, Felicitas De Haro. He is also survived by many, many nieces and nephews,
and many, many great nieces and nephews. Leo’s health suffered much during his
late years, but he found peace on March 5, 2020 at the age of 63. His funeral service
is being held on Wednesday, March 11, at Park View Funeral Home in Manteca, and
his interment at Oak Hill Memorial Park on Thursday, March 12, at 12: 30 p.m .
( Writt en by Teresa de Haro, with adaptations by Dean McFalls for Leo ’s services . )

We encourage you to share any memorable photos or stories about Leonard. All tributes placed on and purchased through this memorial website will remain on in perpetuity for future generations.

Add Photos Post Condolence
S
My heart was sadden over your loss and I wanted to send my warmest condolences to the family. To lose someone so loved can bring such overwhelming grief but the God of all comfort tells us at 2 Kings 20:5 he hears our prayers, he sees our tears, and he feels our pain. At jw.org we can read John 5:28, 29 that you will have him in your life once again. May all your memories give you calm and peace until God’s promises come true. Again so very sorry for your heartache.
Sue - Wednesday March 11, 2020 via Condolence Message
Share This:

You are a very strong man, till the day you left this earth. You have so many people here who love you unconditionally. Rest easy Leo. You’ll be surely missed, always.
Amanda - Friday March 06, 2020 via Memorial Candle
Share This:
1
Page 1 of 1
Share
×

From: Joe
Share on Facebook
Plant a Tree in Memory of Your Loved One
An Honouring a Life memorial tree is a unique tribute which provides global benefits like no other memorial gift could.
Plant a Tree
Family Log-In