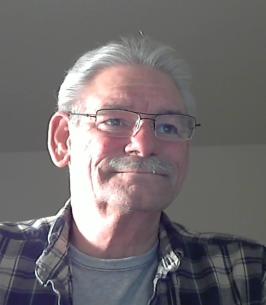 Share this tribute
Memorial Candles Lit for Michael | SEE ALL
Light a Candle
"We are honored to provide this Book of Memories to the family."
— Park View Funeral Home
"See you at the Big Meeting!"
— John and Lyndy
Funeral Details Memory Wall Photos & Videos Plant a Tree

Print
Michael E. Adkins entered into rest at home, April 28, 2020 at the age of 73 after battling cancer. A long-
time resident of Stockton, Mike was born on February 21, 1947 in San Francisco to Amos B. (Bud) and
LaVerne Adkins. He is a graduate of Junipero Serra High School, San Mateo, class of 1965. Preceded in
death by his son, William, step-sisters Suzanne Rueter and Lisa May. Mike is survived by his loving wife of
7 years, Cheryl Adkins and her son Joshua Howe; daughter Christeen, son Nicholas (Angie), step-mother
Dorthy Adkins, brother Rick (Linda), sisters Cathy Fithian and Mary Nicholson (Edward), step-sister Patti
Reekers, 5 grandchildren and various nieces and nephews. Mike was a career Navy veteran serving in
the Vietnam War aboard the U.S.S Enterprise. He finished his Navy career as a Naval Reserve recruiter at
the end of 1995. Mike enjoyed being around friends and family and was always “the life of the party”.
He was a big fan of the SF 49ers since childhood. Mike never missed a game as an adult, whether in
attendance or on television. He loved old movies, especially westerns and WWII epics. Mike touched
many lives and he will be deeply missed. Memorial services will be held at a later date. Donations to
help defer expenses can be made to Cheryl Adkins, 10485 Albert Drive, Stockton, CA 95209.

To plant a tree in memory of Michael Earl Adkins, please visit our Heartfelt Sympathies Store.

We encourage you to share any memorable photos or stories about Michael. All tributes placed on and purchased through this memorial website will remain on in perpetuity for future generations.

Add Photos Post Condolence
A
I'm glad I had the chance to meet you, may you rest peacefully as I know the toll cancer can have on one's life...my thoughts and prayers go out to the family in this time of grief.
Sherrie Armistead Cormier
Sister of Cheryl Atkins
Aneb2011 - Saturday May 09, 2020 via Condolence Message
Share This:

See you at the Big Meeting!
John and Lyndy - Friday May 08, 2020 via Memorial Candle
Share This:
KC
Dear Cheryl,

I am sad and sorry to hear of Mike’s passing. I have such fond memories of us hanging out at Porter. Take good and gentle care of yourself at this fragile time. Love, Kathleen
Kathleen Conley - Thursday May 07, 2020 via Condolence Message
Share This:
1
Page 1 of 1
Share
×